Mobilizing Tech in a Time of War

By Kyle Matthews and Nicolai Pogadl

Marshall McLuhan, the Canadian philosopher of communication theory, wrote in his 1964 book Understanding Media that “all wars have been fought by the latest technology available in any culture.” In 2015 his statement still holds true: the Islamic State of Iraq and Syria (ISIS) heavily relies on the network effect of social media to spread their propaganda online, the Syrian Electronic Army uses Denial of Service attacks and “social engineering” to block websites and overtake prominent Twitter accounts, and a myriad of Moscow backed online trolls get paid to shape opinion on Facebook and its Russian equivalent VKontakte.

With that backdrop, six multidisciplinary teams competed against each other in Ottawa last week in the first Canadian DiploHack Challenge. Their objective was to explore how new technologies and strategies could be put in place to empower non-violent actors in conflict zones. Thus #HackingConflict was born which coincided with the state visit of the Dutch royal couple. The idea behind this novel approach is simple: first, bring together talented technologists with experienced policy-makers, academics, journalist and activists. Second, let them find innovative solutions no one has thought about before. It was the latest installment in a series of “hacks” initiated by the Dutch Foreign Ministry as part of their digital diplomacy efforts. 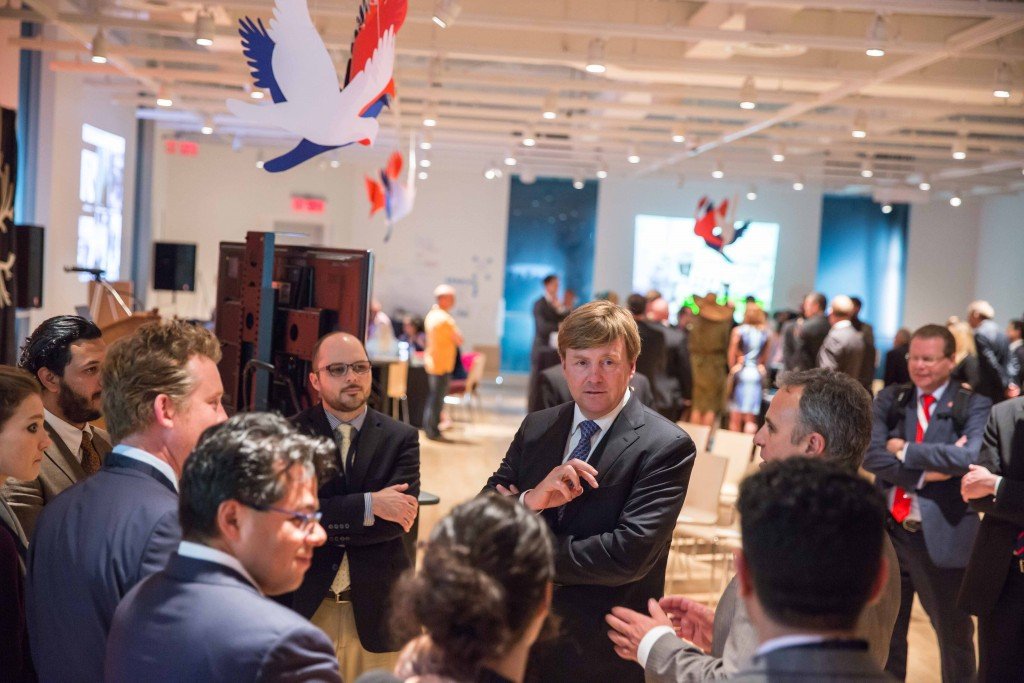 The author’s TeamF briefing the King of the Netherlands

The event, supported by the Canadian and Dutch governments and co-organized by the SecDev Foundation and the Canadian International Council, focused on how digital technology could be leveraged for peaceful purpose. Framed around three UN Security Council Resolutions, the teams had less than 48 hours to come up with an innovative solution to support civilian actors on the ground and to navigate through the fog of war, misinformation, and propaganda online. The Teams took a close look at the war in Syria and the Assad regime’s use of barrel bombing, the Minsk Agreement in Ukraine and women’s empowerment in conflict, peacebuilding and post-war reconciliation.

The MIGS delegation consisted of academics from Concordia University, Université de Montreal and the Université de Quebec a Montreal, senior UN officials and human rights “hacktivists”. The team was tasked with find novel ways to implement UN Security Council Resolution 1325 (Women, peace and security) and support women and girls in Syria, where rape is being used by the Syrian government and rebel groups as a weapon of war to intimidate and oppress civilians.

The idea the team came up with – named Chorus – is to create and implement a digital platform for the remediation, prevention and protection of women and girls from sexual violence in Syria. Given that no political solution to the conflict is on the horizon and that NGOs and the United Nations’ relief agencies have limited humanitarian access to many parts of the country, leveraging technology to connect survivors of sexual violence with medical practitioners in Syria was identified as an urgent priority. 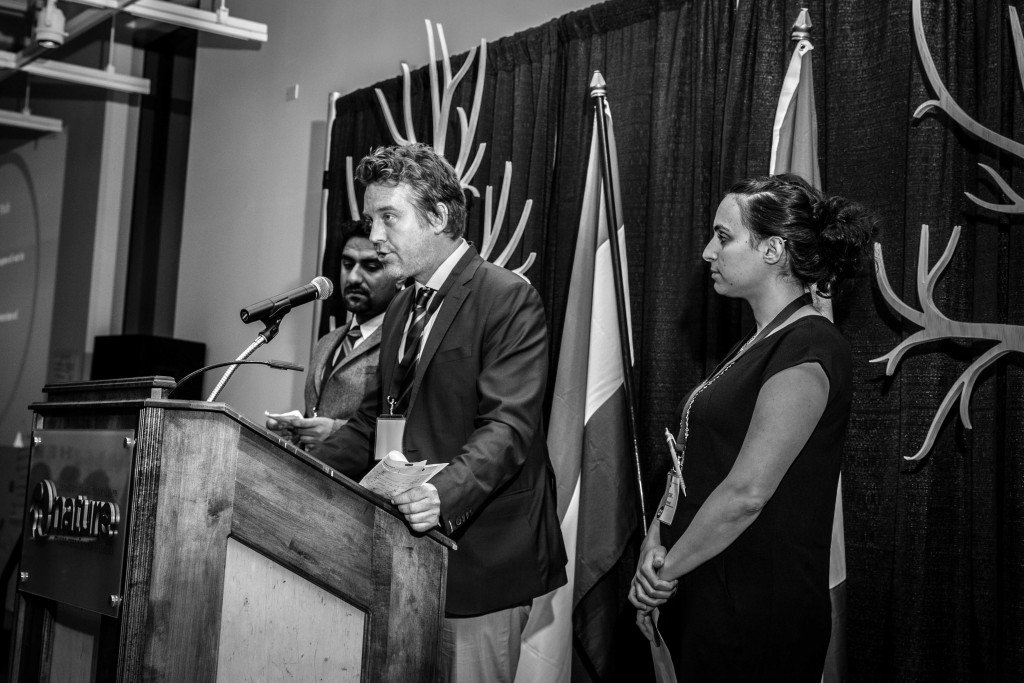 The MIGS team left the #HackingConflict event energized, full of new ideas and more ambitious than ever. The next steps include refining the project, with the goal of securing funding to move the “digital humanitarian” idea from the concept stage to an actual platform to help women and children affected by conflict.

And perhaps not too far in the future, the institute will reach out to Canadian and international partners to hold a hacking event around the theme of “disrupting violent extremism online”. MIGS’ will be sending a team to the upcoming Deutsche Welle Global Media Forum in Germany where it will present research on how to disrupt ISIS’ online propaganda. Perhaps this will be a catalyst for more innovative events in Canada to brainstorm how technology can be applied to solve some of the world’s trickiest problems.